How did the idea begin for your book? 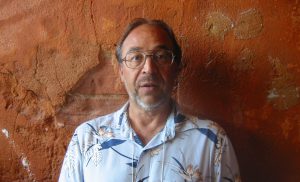 “The Fall and Rise of ‘Champagne’ Sanchez” actually began life as a screenplay, written many years ago.

I decided to expand it and rewrite it in the form of a novella – a novella that then continued to grow and grow into the novel that now exists.

Frank Zuñiga, the first director of the New Mexico Film Commission, after a reading of the screenplay at the Vortex Theater (in Albuquerque) called “The Fall and Rise of ‘Champagne’ Sanchez” “the Chicano ‘Confederacy of Dunces’,” referring to the popular satirical novel by John Kennedy O’Toole.

What intrigued you? What question could you not get answered right away and decided to pursue?

What intrigued me during the writing process were the “side trips,” the places that the characters took me, although “unplanned.”

I was also most surprised by the secret places of the heart that Adelita gave us (and me, as the author) through the intimacy of her “Journal Entries.”

One of the questions I could not get answered right away was the cause of alienation carried by Santos’ father, Eddie, and its deep roots in the Basque country in isolated Spain.

In general, I needed to get answers to the sources and effects of “La Soledad” (“Solitude”).

What most surprised you as you continued to write?

The characters always surprise me by their “independence,” whether in the form of a novel, short story or stage play.

Sometimes they refuse to say or think what I want them to, but just as often, they can surprise me with thoughts, spoken words or actions that I hadn’t thought of, but are “entirely” in their character’s personality, experience or subconscious.

What is your writing routine? 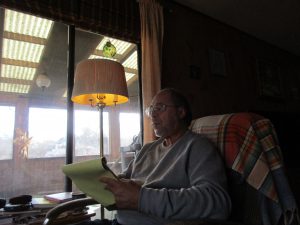 When I am working on a specific project, I am self-disciplined enough to begin work shortly after morning coffee (and maybe a swift scan of a newspaper or article that is unrelated), then, after a couple hours, I may take a lunch break and then return for a shorter writing session.

For the rest of the day I “write in my head,” coming back periodically to problems that need to be solved or imaginative journeys that need to be taken, and I usually come up with a new concept or novel solution in the steam room at the health spa after a swim, or in the bathtub at home.

Sometimes I get one last insight shortly before going to sleep….and then, rarely, I come up with something critical in a dream that I occasionally remember the following morning.

Where do you get your ideas?

One idea that I had early on in the process was to nest the narrative in a bed of what I call “Prosetry,” a mix of prose and poetry.

Once I embraced the concept of having the character of Adelita keeping a running record of her observations, thoughts and insights in the form of a “journal,” it became even more natural, more “organic” to embed poetic reflections and commentary.

What keeps you inspired?

What keeps me inspired is writing in a way that surprises me, coming up with a plot twist, a turn of phrase, an idea that, when integrated with the work and then reviewed later, causes me to think “Wow! Did I really write that?”

Deep reading of our great literary heroes, when taking a break from writing, keeps me going, chasing in the footsteps of their brilliance….

What is the supreme challenge of writing? Ultimately, do you find that rewarding?

The supreme challenge of writing, as in all artistic projects, is to be honest to the intentions of the project, to give characters the “space” to grow, and to follow them, even if we don’t want to go to some of the places they take us.

Writing should always serve the creator, the audience or the integrity of the art form. What I find rewarding is the process, for the thrill of discovery and the product, that I know is successful when I find the finished piece worth re-reading, again and again…

Your book has two vivid characters. Tell us about them. How are they alike/different? How did they come to you?

Santos ‘Champagne’ Sánchez and his cousin, Adelita Chávez are alike in that they are both young, Chicano individuals trying their best to navigate, fatherless, in a Southwestern urban landscape. They both have to rely on limited financial resources but traditional, nurturing familial and spiritual resources.

Both characters have a passionate sense of justice, but Adelita has discovered (and developed) a more constructive outlet for her sense of fairness and Champagne progressively becomes more self-destructive.

One thing that distinguishes the two cousins is the “gift of play with words” that Adelita was given, and has nurtured, since she was young and the later discovery of the power of written language that Champagne comes to, later in his journey. Also, Champagne is much more willing to take risks, sometimes to the point of foolishness and danger.

I have grown up with both characters all of my life.

Your publisher, Floricanto Press, has been very attentive and supportive to you. What kind of difference does that make for you, as a first-time published writer?

I value the balance of the support, and a lot of ‘space’ or autonomy that the publisher, Floricanto Press, has offered me and I would be motivated to continue that type of relationship for future projects. 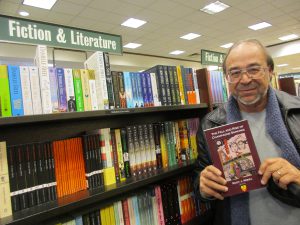 There are three things that a writer who is compelled to write a story should do, in my opinion: write, revise and rewrite…..

For me, the place to begin is anywhere that the story “leaves tracks,” whether this is a character description, a plot outline, the description of a significant location, actual dialogue or a synopsis of a scene, chapter, sequence, etc.

The only way to finish is to try to reach a place that feels like a complete “statement.” Sometimes I have tried to “overwrite” and then “cut,” other times I have read it out loud (to myself or someone trustworthy) but sometimes the action to take is intuitive “abandonment.”

What drives us to finish our works? The faint hope of chasing the echo of the shadow of a footstep taken by our sisters and brothers: Federico García Lorca, Patti Smith, Christina Rosetti, Victor Hugo and William Shakespeare….
Writers can be driven to finish their work knowing that once that final phrase has been rendered and the end period marked, they are free to start all over again.